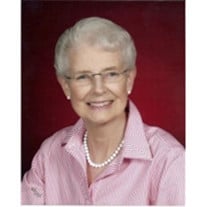 Barbara J. (Bobbie) Lee died on Wednesday, September 9, 2015. Bobbie was born on May 27, 1930 in Seattle, Washington and lived in that city until she was 20. Her parents, Hildred L. Sibley and Vernon B. Sibley were both city bus drivers until they retired and are now both deceased. Bobbie joined the Organized Marine Corps Reserve unit in Seattle when she was 19. At that time she worked as an elevator operator and later for the Texas Oil Company. On August 7, 1950 her unit was called to active duty for the Korean War. As a PFC she was initially stationed in San Francisco at the Marine Corps Supply Depot. In a career which covered 24 years, Bobbie was stationed at various Marine Corps posts and stations on both the West Coast and the East Coast. As a 1st Lt she was fortunate in being sent to London, England to work for NATO. Two of the requirements for her NATO job was to take shorthand and speak French. She always said that since she did neither she was a prime candidate to fill the billet. She thoroughly enjoyed her 2 years in London, traveling to France, The Netherlands and Italy to carry out her duties. At that time there was only one billet (job) for a woman Marine Officer in England, so she felt extremely fortunate in her assignment. A few years later, she had the privilege to be the first Woman Marine officer to attend a school for higher military training. Since women were not yet allowed to attend the Corps' higher level schools, she was sent to the WAC Officer Career Course in Anniston, Alabama. She noted that the mantra in her class was "Flunk now and avoid the rush!" Although it was difficult at times she wouldn't have missed it for the world. She was treated very well by her classmates and the staff, even though she did take a good bit of teasing because she was a Marine, particularly when Army and Marine Corps lingo didn't jibe. Bobbie retired from the Corps in 1973 as a Lt Col which at that time, was the highest permanent rank a woman could hold. She took many nighttime college courses while in the service and then received her Associate Degree at Saddleback Junior College in Southern California after she retired. Subsequent to moving to Napa the following year with her family, June R. (Dobbie) Doberstein and Dobbie's mother Genevieve Lilly, she then went on to obtain her Bachelor's degree at Sonoma State. She was an active member of Covenant Presbyterian Church for many years serving as Elder, Deacon and Clerk of the Session. She loved her church family. Bobbie is survived by two cousins, Donna Putz of Boise, ID and Barbara Rich of Redmond, OR. Interment will be at the San Joaquin National Cemetery, Gustine, CA. Memorials may be made to Covenant Presbyterian Church, 1226 Salvador Ave., Napa, CA 94558 or Napa Valley Hospice and Adult Day Services, 414 South Jefferson Street, Napa, CA 94559.

Barbara J. (Bobbie) Lee died on Wednesday, September 9, 2015. Bobbie was born on May 27, 1930 in Seattle, Washington and lived in that city until she was 20. Her parents, Hildred L. Sibley and Vernon B. Sibley were both city bus drivers until... View Obituary & Service Information

The family of Barbara Jean Lee created this Life Tributes page to make it easy to share your memories.

Send flowers to the Lee family.