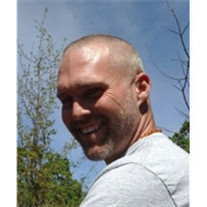 19752018 Charles Hoffman, passed away on Wednesday, February 21, 2018. He was born January 16, 1975, in Colorado Springs, Colorado to Stephen and Lisa Hoffman. Charlie grew up playing baseball and youth football in Napa, California. Charlies infectious smile and demeanor gained him popularity, and many lifelong friends at Vintage High School where he graduated in 1994. Charlie worked in the food service industry; beginning at the Napa Food Center and eventually finding his niche at Browns Valley Market. He spent years helping customers and ended as manager of the Deli Department. His last job was at World Market in Napa where he made many more friends among employees and customers. Charles had an on-going battle with alcoholism. He was well known and loved in the AA Fellowship in Napa and he loved serving there. He also took classes at Napa Community College to understand his disease. His biggest regret was not being able to be fully present for his children because of his disease. Charles is survived by his former partner, Kimberly Brown, and their son, Liam (7); His former wife, Amy Templeton Hoffman, and their two beautiful daughters Kylie (19) and Emily (14). His grandfather, Lawrence Scott, parents Stephen and Elizabeth Hoffman, also Loren and Lisa Haas. He will be sadly missed by his siblings, Robert Hoffman, Dennis (Shella) Hoffman, Stuart Hoffman (Leon), Daniel (Marry) Haas, Brandon Haas (Sarah), Ashley (Nike) Pike, and Candice Harper (Hernan) and nieces Chloe and Sophia Hoffman. A public memorial service is planned for Charles on March 9 at 3 PM at Crosswalk Community Church, 2590 First St in Napa. Funeral Home: Treadway & Wigger Funeral Chapel 2383 Napa-Vallejo Highway Napa, CA US 94558

The family of Charles Stephen Hoffman created this Life Tributes page to make it easy to share your memories.

Send flowers to the Hoffman family.