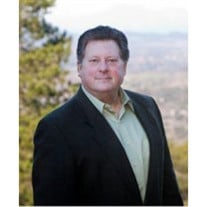 Longtime Napa Valley journalist, media consultant and public information officer Doug Ernst died in his Napa home from complications from Lou Gehrigs Disease Tuesday with his family at his side. He leaves a legacy as a family leader who loved his community and his fellow man. Ernst came to Napa in 1978 to work as a reporter for the Napa Register. During his 10 years on the Napa beat Ernst won several reporting awards for Napa Valley Publishing, including a 1980 expose of fraudulent land deals involving a trio of European investors who tried to sell parcels on the eastern shore of Lake Berryessa as luxury beachfront property. In 1988, Ernst became city editor of the Register and the next year he became editor of the daily paper. Ernst held the editors job for 15 years, during which time the Register staff won several editing, reporting and photography awards from the California Newspaper Publishers Association. In 2004, he was named publisher for Napa Valley Publishings two Upvalley newspapers, the St. Helena Star and the Weekly Calistogan. The Star was named the best little weekly newspaper in the state in 2005 and 2006 by the CNPA. In 2011 Ernst founded a Napa public relations consulting business, Doug Ernst & Associates, and in 2016 he went to work for Napa Valley College as public information officer. Ernst was a former member of the Napa Kiwanis Club, the St. Helena Rotary Club and the Native Sons of the Golden West, Napa Parlor 62. He served on the board of directors of Napa Emergency Womens Services (NEWS) since 1997 and was a member of Mentor, Discover and Inspire (MDI), an international mens organization with a team in Napa. Ernst was a lifelong fan of the San Francisco Giants, the San Francisco 49ers and the Golden State Warriors. He also enjoyed golf and bocce. Born at Stanford Hospital on Nov. 28, 1954, Ernst grew up in Menlo Park, attending Menlo-Atherton High School, Canada College and San Jose State University, where he worked on the Spartan Daily and earned a journalism degree. His first job out of college was the editors post at the weekly Amador Progress-News in Ione, CA, and later, the Amador Dispatch in Sutter Creek. During his two years in Gold Country, he fell in love at first sight of his "nugget of gold," Carolyn. They married in 1977 and raised four beautiful daughters in Napa. The most wonderful places they visited together during their marriage included Vienna, Berlin, Munich, Kauai, Maui, Puerto Vallarta and Innsbruck, his fathers birthplace. Ernst wrote "Willi and Pauli: How Faith and Love Beat the Nazis," a biography of his father William Ernst and mother Pauline, who fought to protect freedom in their native Austria before Hitler came to power. Willi Ernst was imprisoned for two years in concentration camps at Dachau and Buchenwald, escaped to America, joined the U.S. Army and returned to Germany to help free his fellow prisoners. Ernst began researching the book in 1976, some 11 years after his father died, and wrote the true story over the next 40 years. A lifelong Democrat, Ernst was devoted to his family, the Napa Valley, his country and his profession. Ernst is survived by his wife, Carolyn of Napa, daughters Sarah (Chris) Anenson of Vacaville; Rebecca (Jeff) Stoddard Ware of Redding; Rachelle (Damien) Mons of Rohnert Park; and Katherine (Danny) Beach of Lompoc. He is also survived by eight grandchildren - Ryan Anenson of Vacaville; Leopold, Theodor, Dawn, Adele and Hazel Stoddard Ware of Redding; and Alexa and Hannah Mons of Rohnert Park. He is also survived by a nephew, Aaron Joy of Texas; and a niece, Antoinette Joy of Roseville. He was pre-deceased by his sister, Katherine Joy, of San Jose, in 2016, and his mother, Pauline Groihs Ernst Ayer, who died in Napa in 2005. Services were held prior to his death in a series of "living memorial", in early December with Ernst in attendance. A service in his memory will be held at Hillside Christian Church, Napa on Friday, Dec. 21, at 1 p.m. All are welcome. In lieu of flowers, please send contributions to the ALS Associations Golden West Chapter, NEWS, Napa Valley College Foundation or Mentor, Discover and Inspire. Funeral Home: Treadway & Wigger Funeral Chapel 2383 Napa-Vallejo Highway Napa, CA US 94558

Longtime Napa Valley journalist, media consultant and public information officer Doug Ernst died in his Napa home from complications from Lou Gehrigs Disease Tuesday with his family at his side. He leaves a legacy as a family leader who loved... View Obituary & Service Information

The family of Douglas Everett Ernst created this Life Tributes page to make it easy to share your memories.

Send flowers to the Ernst family.