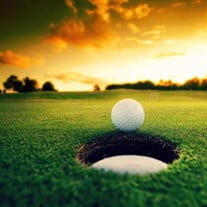 Doyle Dean Marler passed away at the age of 76, on September 10th, 2021. Doyle was born on December 1st, 1943. He grew up on Pritchard Hill around Conn Dam. He attended school in Saint Helena. Then joined the Navy in 1963. He married Della Dominguez... View Obituary & Service Information

The family of Doyle Dean Marler Sr. created this Life Tributes page to make it easy to share your memories.

Doyle Dean Marler passed away at the age of 76, on September...

Send flowers to the Marler family.