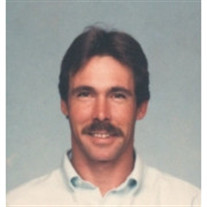 Mark Steven Memmott passed through the veil to a new life on Father's Day, Sunday, June 15th, 2014, after an uphill battle with prostate and prostate metastases bone cancer, a battle that lasted over the past 3 years. He lived life like there was no tomorrow and he fought for his life till the very end with amazing strength. Mark was born on September 5, 1952 at Fort Ord Army Base, Monterey, CA to his parents, Lorne S. and Aneva (Case) Memmott while his Dad was serving in the Korean War. After his father's discharge from the U.S. Army, the family moved back to Napa and settled in to build a new life. Mark was schooled in Napa, graduating from Napa High School in 1971. Shortly after, he started working for Reno's Flooring in Vallejo, later moving closer to home to learn hardwood floor applications with Blackney & Marsh. Sometime after that he worked in the family business, Modern Method Roofing, until about 1990 when he left to pursue a different element of the roofing industry as partners with his brother in Memco, Inc., roofing consultants for senior care facilities nationwide. He later founded two other businesses, Applied Roofing Technology and Daylighting Technology, when he took an interest in solar daylighting systems and invented units that measured and stored sunlight to automatically turn on at dark, without any use of electricity. For this, he received "The 2005 Presidential Energy Management Award" by then-President, George W. Bush. With this invention, he was also awarded many daylighting jobs for U.S. Military establishments in Southern California. He also worked for San Diego P G & E on practical solar use in their facilities. At the time of his illness, he was working on four other patents in the solar field that would harness solar electricity for other commercial purposes. Mark's love for the outdoors worked its way into his work schedules and he was always able to find time to manage his fishing guide service on the Klamath, Eel, and Smith Rivers. He showed his many talents of being artistic, in building custom fishing rods and fly-fishing gear under the name of Bristol Custom Rods. The ocean was always an intricate part of his life also. As a seasoned surfer, (wherever there were waves), he created custom surfboards for others and himself. He learned to surf at age 15, as a family sport on weekends, until he took off on his own. Mark was still surfing at age 56. He was a man with many interests, too numerous to list, but which included fishing, surfing, drawing, painting, playing guitar, and skateboarding. He had a genuine love for the outdoors and nature. He was a man with many talents and a true entrepreneur! He was able to teach himself anything and was always very good at it! He had a huge sense of humor and was always able to make you smile. His laugh was infectious. The country of Costa Rica took his heart and he found himself there again and again, out on the ocean waters fishing for tarpon and other deep sea fish. His vigor was certainly noticed by all who came in contact with him. He married Carolyn Callaway of Napa in 1976, when she was a clerk at the downtown Napa Merrill's Drugstore where the romance started. Together, they created three beautiful daughters. He was a devoted father and the girls were 'the light of his life'! He recently became a grandpa for the first time, to a little baby boy, who stole his heart completely! He is survived by a very loving family: his mother, Aneva Memmott of Napa; his sister, Caren Chinberg (Bruce); a brother, Rodney Memmott (Melissa); Mark's first wife, Carolyn Memmott, a second wife, Donna Brothers Memmott; his children Sarah Dunn (Bob), Amy Donaldson (Gary), Julie Memmott (Joe Tofte), and one grandchild, Scotty Donaldson. He was predeceased by his father, Lorne Memmott, in 2003. Services are as follows: 2:00-8:00 p.m. Friday, June 20th, viewing at Treadway & Wigger Funeral Chapel, 623 Coombs St., Napa; 11:30-12:30 p.m. viewing on Saturday, June 21st, at Church of Jesus Christ of Latter-day Saints, 15 Chapel Hill Dr., Napa, followed by a 1:00 pm. funeral service. The family suggests donations in Mark's memory to: ZERO Prostate Cancer to the "Daughter's 4 Dads" Team online at www.zeroprostatecancerrun.org/napa. Select: 'daughter's for dad's' or other team members, or mail to: ZERO Prostate Cancer-Napa Valley, PO Box 320902, Alexandria, VA. 22320 Thank you from Mark! Memories may be shared at treadwaywigger.com.

Mark Steven Memmott passed through the veil to a new life on Father's Day, Sunday, June 15th, 2014, after an uphill battle with prostate and prostate metastases bone cancer, a battle that lasted over the past 3 years. He lived life like there... View Obituary & Service Information

The family of Mark Steven Memmott created this Life Tributes page to make it easy to share your memories.

Mark Steven Memmott passed through the veil to a new life on...

Send flowers to the Memmott family.