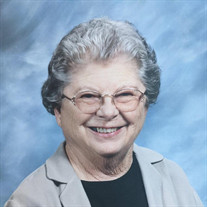 Mary Jane was born in Jeannette, Pennsylvania to the Rev. F. Benton Shoemaker and Mary S. Shoemaker. She attended public schools in Brookville, Pennsylvania and graduated from Clarion State Teachers College in 1945. In 1944 she married Thomas B. Turnbull and later moved to California where he was stationed at Camp Beale. After the war, they moved to Berkeley, California while he attended and graduated from Church Divinity School of the Pacific and was ordained to the priesthood in the Episcopal Church. In 1957 they and their four sons came from Redding, California to Napa and to St. Mary’s Episcopal Church where he was rector for 25 years. Mary Jane taught at Alta Heights Elementary School for seven years during which time she and the entire family made adobe bricks for their future home in the Stags Leap area. She enjoyed a wonderful second act in her twilight years through her marriage to longtime friend and neighbor Nathan F. Fay. They played cards and board games, and celebrated family and friendship. Mary Jane was the steadfast matriarch of her family. She hosted every family holiday and had a signature cookie she called Swedish Christmas Ginger Thins. She was an excellent conversationalist in part because she stayed engaged with current events and loved learning about things that interested the people around her. In the last half of her life she learned to love the Iditarod, professional basketball, tasting and cooking new foods, and identifying flowers and trees, an interest she nurtured through the hiking group she patronized well into her 80s. Home winemaking was a big part of her life, and she continued to punch down the grape skins into the juices past her 90th birthday, which was the original retirement date she had set for herself. Her favorite CD featured 90’s pop music chanted by Gregorian Monks. She looked back with great fondness on the trip she took with her husband to the United Kingdom, visiting cathedrals, and also the adventure they had when they hauled a travel trailer from California to Alaska. In reviewing her life, Mary Jane said that she saw herself as a bridge bringing people together. She did this directly by way of her kitchen table and indirectly through giving. She believed in the dignity of all people and supported many causes in education, environmental conservation, and health. She met life’s changes and challenges with grace. Her wisdom and generosity will serve as an example to her family for the rest of their lives. She was preceded in death by her two husbands, Thomas B. Turnbull II and Nathan F. Fay, and by her son, Thomas B. Turnbull III. Survivors include her sons Fred Turnbull (Willits, CA), Peter and Janet Turnbull (Mountain View, CA), and George and Mary Turnbull (Napa, CA); daughter-in-law Robin Turnbull (Soldotna, AK); grandchildren Sam and Lissa Turnbull (Sonoma, CA), Matthew Turnbull (Oakland, CA), David and Jess Turnbull (Rochester, NY), Shawn Turnbull (San Francisco, CA), Michelle and Chris Francis (Napa, CA), Tim Turnbull (San Diego, CA), Thomas B. Turnbull IV and Gina Turnbull (Anchorage, AK) and Alex and Emily Turnbull (Henderson, NV); and great-grandchildren Tasha, Toran, and Seamus Turnbull (Sonoma, CA); Thea Turnbull (Rochester, NY); Roslyn and Gordon Francis (Napa, CA); and Cora and Lola Turnbull (Anchorage, AK). A service will be held when pandemic conditions allow. Memorials may be made to: Endowment Fund of St. Mary’s 1917 Third Street, Napa, CA. 94559; ReSurge International P.O. Box 390966, Mountain View, CA 94039; or to the Nathan Fay Scholarship Fund, University of California Department of Viticulture and Enology, One Shields Ave. Davis, CA 95616.

Mary Jane was born in Jeannette, Pennsylvania to the Rev. F. Benton Shoemaker and Mary S. Shoemaker. She attended public schools in Brookville, Pennsylvania and graduated from Clarion State Teachers College in 1945. In 1944 she married Thomas... View Obituary & Service Information

The family of Mary Jane Fay created this Life Tributes page to make it easy to share your memories.

Mary Jane was born in Jeannette, Pennsylvania to the Rev. F....

Send flowers to the Fay family.