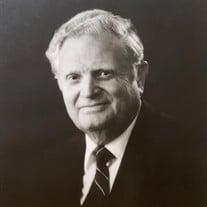 Reverend Paul Price 1922 - 2021 Reverend Paul R. Price, 99, beloved pastor and longtime Napa resident, made his final journey to his heavenly home Saturday, August 21, 2021. Born February 14, 1922, in Brookhaven, Mississippi, he was the son of the late R.L. and Louella Matthews Price. As a young man, Paul heard the gospel message for the first time on the porch of his grandmother’s house—it captured his heart and at age eighteen he dedicated his life to God. Paul began his ministry under the guidance of Rev. Earl Toole and in 1948 moved to Napa where he first held tent revivals on an empty lot on Soscol Avenue. Attendance grew and eventually a hall was rented in the Major building near Napa’s Opera House. The congregation saved and, while Paul supported his family as a prospering plastering contractor, property was purchased on East Avenue where he and his father built the first formal church. Over the next twenty years, the congregation grew and land was acquired on First Street where New Life Tabernacle became home to the church in 1976. Reverend Price pastored for almost eighty years and served in a variety of positions within the United Pentecostal Church, namely as Superintendent of its Western District for thirty-four years. A stalwart force within his denomination, steadfast in his faith; Pastor Price was a kind, loving, fatherly, and often grandfatherly presence. He shepherded his flock through times of trial, doubt, worry and hardship--and celebrated with them during times of great triumph and joy! He was a pastor much revered and respected and one whose memory will always be cherished. Pastor Price was preceded in death by his parents, his loving wife Alyce Hammond Price in 2003, and brothers Robert and Jack Price. He is survived by his wife, Etheleen; three daughters: Gaylyne Price, Renee Price Noyes, and Karla Green, and her husband Keith; grandchildren: Dr. Brandon Noyes and his wife Tara; Erica Lankford, her husband Scott, and their children Bryce and Ella; Andrea Whiseant, her husband Tim, and their daughter Addison; sister Lois Aldrin, and brother David Price. A Celebration of Pastor Price’s Life will be held 2:00 pm Friday, Aug. 27, at the Christian Life Center, 9025 West Lane in Stockton. The family will receive friends from 5-8 pm Thursday evening at New Life Tabernacle (now New Life Napa), 2625 First Street in Napa. Private committal will be at a later date in Tulocay Cemetery’s Garden Mausoleum. The family asks that in lieu of flowers memorials be made to the Paul Price Memorial Fund, c/o New Life Napa, 2625 First Street, Napa, CA 94558. Treadway & Wigger Funeral Chapel is serving the family of Pastor Price.

The family of Reverend Paul R. Price created this Life Tributes page to make it easy to share your memories.

Send flowers to the Price family.