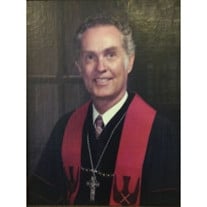 Vernon Donald Emmel passed away at the age of 90 at his home in Napa, CA on May 5 surrounded by his family, who dearly loved him. Don's compassion for people was the common thread throughout a lifetime of helping others. A farm boy born on October 2, 1926 to Roy and Pearl Emmel of Nampa, ID, he grew up helping his parents and brother work the land with dairy cows, sheep, chickens and crops, and was active in 4-H. His parents instilled in Don a love of learning, philosophy, and their Christian faith. Don was active in leadership roles throughout high school and held the Idaho state track record for the half mile for two years. He attended the College of Idaho, earning a bachelor's degree in Philosophy and Religion. He fell in love with Esther Skinner in college and they married in 1951. In 1946, the United Nations Relief and Rehabilitation Administration selected him to accompany two train car loads of heifers from Nampa to Baltimore. There, he and another College of Idaho student were joined by other young men who would care for a large number of heifers transported by ship to Danzig, Poland. The livestock were given to farmers who had lost everything in WW II. This Heifer Project was the first humanitarian relief effort of the program now known as Heifer International, which recently honored Don for being a "Seagoing Cowboy." Active in the College of Idaho's Student YMCA-YWCA program, Don was selected by the National YMCA board to be a delegate to the World Conference of Christian Youth, held in Oslo, Norway in 1947. This was the first conference of the World Council of Churches after WWII, with 1200 participants from around the world. In the fall of 1949, Don entered the San Francisco Theological Seminary, earning a Bachelor of Divinity and a Master of the Science of Theology, and in 1952 was ordained as a Presbyterian minister. He and Esther moved to Orenco, Oregon where Don was installed in his first parish in 1954. Don then served as University Pastor at San Jose State College (now University) for 12 years. In 1966-67, he and his family spent a sabbatical year in Washington, D.C., where Don earned a master's degree in International Studies from American University on a grant awarded by the Danforth Foundation. In 1968, Don became pastor of Westminster Presbyterian Church in West Hartford, Connecticut. It was there that he completed his Doctor of Ministry degree at the Hartford Seminary. He also taught for several years as a guest lecturer at the Yale School of Divinity. After 12 years in Connecticut, Don returned to California for a two-year interim pastorate at the Napa First Presbyterian Church. In 1983, he was called as Pastor of the Covenant Presbyterian Church in Long Beach, CA. Don and Esther retired to Napa in 1989. During his retirement, Don served as interim pastor of four other churches in the Bay Area. In each of his churches, he worked to build strong adult education programs in biblical, theological, and social ethics areas, as well as supporting strong church school programs. In retirement, Don continued performing weddings and busied himself with theological and genealogical research. He was proud to have authored a book that challenged widely accepted interpretations of the concepts of evil. He loved photography, music, golf, and had a tender heart for animals. His beautiful garden and roses were evidence of his green thumb. That love of nature extended to his strong conviction that we be good stewards of the earth, protecting it for future generations. Don enjoyed sports and, even when the family lived in the east, he was loyal to the San Francisco Giants and 49ers. One of many gifts he and Esther gave their five children as they grew up were cross-country road trips that introduced them to 46 states and Canada, including many national parks and monuments. Don and Esther loved visiting their children and grandchildren, and enjoyed many Road Scholar programs in Europe, Canada, and the United States. Don is survived by his beloved wife, Esther; his children Tom Emmel (Katya Dovgan) of Baltimore, MD; Pat Swarts (Jeff) of Danville, OH; Kathy Holcomb of Woodland, CA; John Emmel (Anne Keller) of Palo Alto, CA; Mary Cooper (Mac) of Westerly, RI; nine grandchildren, two step-grandchildren, and five great-grandchildren. A celebration of Don's life will be held June 10 at 2:00 pm in the St. Helena Presbyterian Church, 1428 Spring Street, St. Helena, CA. A private committal will be in Tulocay Cemetery in Napa, CA. Treadway and Wigger Funeral Chapel of Napa is serving the family. In lieu of flowers, the family asks that donations be made in his name to Heifer International (www.heifer.org) or the Nature Conservancy (www.nature.org). Funeral Home: Treadway & Wigger Funeral Chapel 2383 Napa-Vallejo Highway Napa, CA US 94558

Vernon Donald Emmel passed away at the age of 90 at his home in Napa, CA on May 5 surrounded by his family, who dearly loved him. Don's compassion for people was the common thread throughout a lifetime of helping others. A farm boy born on October... View Obituary & Service Information

The family of Reverend Vernon Donald Emmel created this Life Tributes page to make it easy to share your memories.

Vernon Donald Emmel passed away at the age of 90 at his home...

Send flowers to the Emmel family.