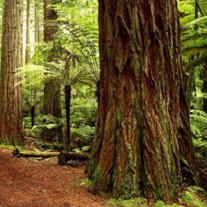 Robert "Scott" Jenks, Calistoga's iconic sign painter, died peacefully at the Queen of the Valley Hospital in Napa on the evening of October 29. He was, according to one of Calistoga's long-term residents, "one of a kind". He was recently diagnosed with cancer and suffered a stroke just before his death. His sister, Carol, and her husband were with him his last days. Scott was born in Berkeley, CA on October 21, 1947 while his father attended Cal Berkeley, studying architecture. He graduated from Cubberley HS, Palo Alto, then attended San Jose State and Chico State receiving a B.A. degree in Art. He came to Napa County in the early 70's. He and his partner lived at Aetna Springs while he worked for the Dept of Fish and Game on Lake Berryessa and she taught at the Pope Valley School. Scott arrived in Calistoga in 1976 and began painting wine labels and signs in 1977. Scott could be resistant to change, but there were things he pursued with great ardor and enthusiasm. He loved good conversation, and he could talk for hours on all sorts of subjects. He loved the English language and was interested in word origins and metaphor. He, himself, could come up with all kinds of unique and quirky comparisons. He was a movie buff, especially film noir, and could recite the plots in incredible detail of several hundred movies. Although he loved research, Scott refused to have a computer or a cell phone. He loved cats. Scott is survived by his sister Carol Nakamoto (Randy) of Los Altos, nephew Cory Nakamoto (Rose), his grand-nephews Kai and Luke, San Jose, his niece Megan Nasser (Greg) and his grand-nieces Isley and Cara, San Mateo. He is also survived by his brother Ray Jenks (Jerry), Sonoma, and sister Leslie Jenks (Nigel Phillips), San Francisco. Many cousins survive him from Sonoma, Washington State and Illinois. He will be missed. Scholarships are being established in Scott's name with Nature Links, a non-profit organization for neuro diverse post-secondary young adults – contributions are tax deductible. Contact Scott's good friend, Greg Bush, at [email protected] See Naturelinksmaine.org

Robert "Scott" Jenks, Calistoga's iconic sign painter, died peacefully at the Queen of the Valley Hospital in Napa on the evening of October 29. He was, according to one of Calistoga's long-term residents, "one of a kind". He was recently diagnosed... View Obituary & Service Information

The family of Robert Scott Jenks created this Life Tributes page to make it easy to share your memories.

Send flowers to the Jenks family.