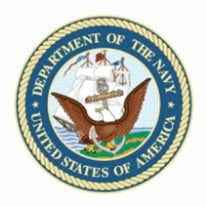 Bob Sonnenburg was born to Walter and Angeline Sonnenburg on Sunday September 19, 1926. He and his two brothers grew up in Duluth Minnesota. At age 17 he convinced his mother to sign for him so he could join the Navy and get into World War II. During the war he was stationed on the USS Lunga Point where he participated in the Battle of Leyte Gulf, Luzon, Battle of Iwo Jima, Third fleet operations against Japan and, the nuclear bomb test at the Bikini atoll. After honorable discharge from the Navy, he returned home to Duluth where he married his childhood sweetheart, Beverly Kinney. Shortly thereafter, they had their first child, Allen, in 1949. About a year after Allen was born the Navy recalled Bob to active duty for the Korean Conflict. Bob was stationed in Long Beach, California where their second son, Gene, was born (1951). After his second honorable discharge, he and his expanding family returned to Duluth where they had their third and final son Roger in 1953. While in the Navy, Bob was trained as a machinist mate, working in the engine rooms of the ships he was assigned to. When Bob returned home, he found a job working as an office machine mechanic. It seems ironic that he worked on some of the largest machines to some of the smallest, most intricate machines. In 1955, Bob had his fill of the Minnesota winters so he put in for a transfer with the company he was employed with and moved to Pasadena, California. Even back then the smog was terrible in the area so he transferred to Northern California and settled in Vallejo. Bob continued to work for the office machine company until the 1970s when he decided to go back to work for the Navy, as a civilian, repairing office machines. This job, eventually lead to him becoming a procurement officer for the Navys office machines and computers until his retirement from the Department of Defense at age 65. After retirement, Bob moved to Lakeport, California where he resided until his passing on Sunday, December 23rd 2018. In 1974, Bob lost his first wife, Beverly, due to cancer. The boys were young men, getting ready to start their own families. Bob bounced aimlessly from girlfriend to girlfriend until he met his second wife, Rosalie. He came home and told his boys that things were going to change around the house. Rosalie and Bob were married, August 7th 1993 adding 6 more children to his family. Bob loved to hunt and fish. He took Allen on his first hunting trip when Allen was so small that he had to hang onto his dads back pocket to keep from getting lost in the tall grass. Some of Bobs favorite memories are fishing with his boys. Later in life, Roger would take Bob trout and steelhead fishing several times a year. Allen would take Bob elk and deer hunting in Colorado and California or fishing in Alaska or Cabo Mexico. Bob was preceded in death by his first wife Beverly (1974), his son Gene (2002) and stepdaughter Sandy (2016). He leaves behind one brother (Mark), 2 sons, 1 stepson, 4 step daughters, 5 grandchildren, 15 step grandchildren, 12 great grandchildren, several step great grandchildren and 1 great-great grandson. Funeral Home: Treadway & Wigger Funeral Chapel 2383 Napa-Vallejo Highway Napa, CA US 94558

Bob Sonnenburg was born to Walter and Angeline Sonnenburg on Sunday September 19, 1926. He and his two brothers grew up in Duluth Minnesota. At age 17 he convinced his mother to sign for him so he could join the Navy and get into World War II.... View Obituary & Service Information

The family of Robert Bob Sonnenburg created this Life Tributes page to make it easy to share your memories.

Send flowers to the Sonnenburg family.