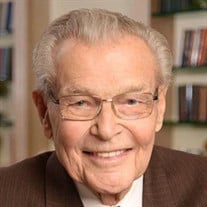 Ronald Edmund Birtcher was born on February 24, 1931 in Orange, California to Fayette and Mary Louise Birtcher. Likely best known for his accomplishments as an international commercial and industrial real estate developer, Ron was a man of... View Obituary & Service Information

The family of Ronald Edmund Birtcher created this Life Tributes page to make it easy to share your memories.

Send flowers to the Birtcher family.