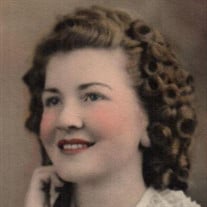 Vera was born in Hot Springs, Arkansas, to Solomon and Della Brewer, the fifth of six children. During the Great Depression in the 1930s the Brewer family traveled from job to job, whether picking cotton or working in the oil fields of Oklahoma. They camped out or lived in labor camps. The family settled for a while in Texas where Vera loved school, especially Home Economics. Vera and her Home Economics teacher maintained a pen pal relationship for over 70 years. The Brewers migrated to California in the early 1940s. They bought a home in Napa, and Vera attended Napa High School in 1941 and 1942. Vera married William (Bill) Delaney and they raised four children. Divorcing in 1963 after 21 years of marriage, they remained life long friends until Bill died in 2014. Vera Delaney sold real estate in Napa during the 1960s, after earning her California Real Estate License. In the early 1970s Vera met and married her husband of 47 years, James (Jim) Vecchio, when both were retired. The Vecchios moved to Whidbey Island, Washington in the early 1980s for 4 years, then back to Napa and finally to Yountville and Rancho de Napa for 25 years. Vera and Jim loved entertaining at rest homes and at community events, singing and dancing. The Vecchios lived in Nazareth Rose Garden, an assisted living home in Napa, where Jim died in February of 2019. Vera moved to Napa Valley Care Center when she required more care. The last five months of Vera’s life were spent in quarantine until the time of her passing. Covid 19 was listed as a contributing factor. Vera and Jim are inurned at Tulocay Cemetary in Napa. Vera was preceded in death by son Richard Franklin Delaney in 2017. Vera is survived by sister Doris Ellsworth of Napa, daughters Patricia Delaney Owen of Utah (Sam), Kathleen Delaney Niccolai (Franco) of Italy, and son Robert Delaney of Napa. Also surviving Vera are 4 grandsons, Dan, Don, Dale, and Darren Breit, and 2 granddaughters, Andrea Clark Kingsford and Amy Clark. In addition, there are 8 great grandchildren and numerous nieces and nephews. The family wishes to thank caregivers Aleyda Quinteros, Stephanie Jack, the staff of Nazareth Rose Garden, and the staff of Napa Valley Care Center. Dr. John Dermody, Vera’s long time doctor deserves special recognition. Roland Wallace of Treadway and Wigger was a tremendous resource helping Vera establish her final wishes. A celebratory memorial gathering will be organized and announced whenever possible.

Vera was born in Hot Springs, Arkansas, to Solomon and Della Brewer, the fifth of six children. During the Great Depression in the 1930s the Brewer family traveled from job to job, whether picking cotton or working in the oil fields of Oklahoma.... View Obituary & Service Information

The family of Vera Vecchio created this Life Tributes page to make it easy to share your memories.

Vera was born in Hot Springs, Arkansas, to Solomon and Della...

Send flowers to the Vecchio family.